Long-distance ride sharing startup BlaBlaCar announced that it is expanding to scooter sharing. But the company isn’t going to operate its own fleet of scooters. Instead, BlaBlaCar is partnering with Voi, a European e-scooter service that has raised $136 million over multiple rounds.

Voi operates in dozens of European cities including Paris, Marseille and Lyon. Over the next few weeks, Voi scooters will feature three different brands — Voi, BlaBlaCar and BlaBla Ride.

According to AFP, BlaBlaCar says it isn’t a financial transaction — it’s just a partnership that could benefit users of both platforms.

BlaBlaCar has launched several new services over the past couple of years. It has acquired Ouibus and rebranded it to BlaBlaBus. It operates a carpooling marketplace for daily commutes between your home and your workplace called BlaBlaLines.

Interestingly, unlike Grab, Gojek and Uber, BlaBlaCar isn’t building a super app to access several different services. BlaBlaLines is still a separate app for instance. It creates some friction for users that could be interested in multiple services.

The company thinks BlaBla Ride could be a great solution for the last mile of your ride. A bus or carpooling driver could drop you off in the city center and you could then unlock a scooter to reach your destination. 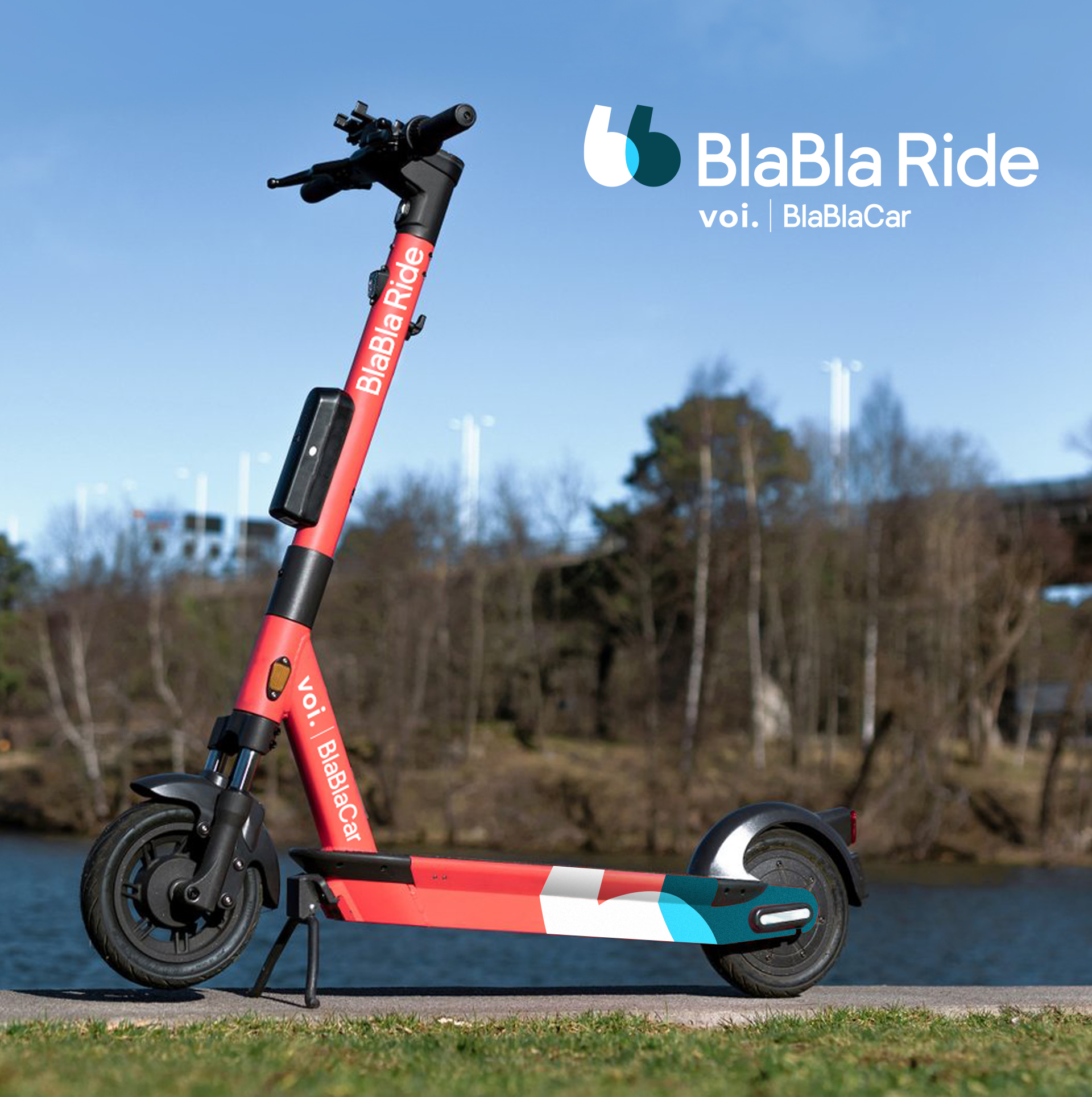